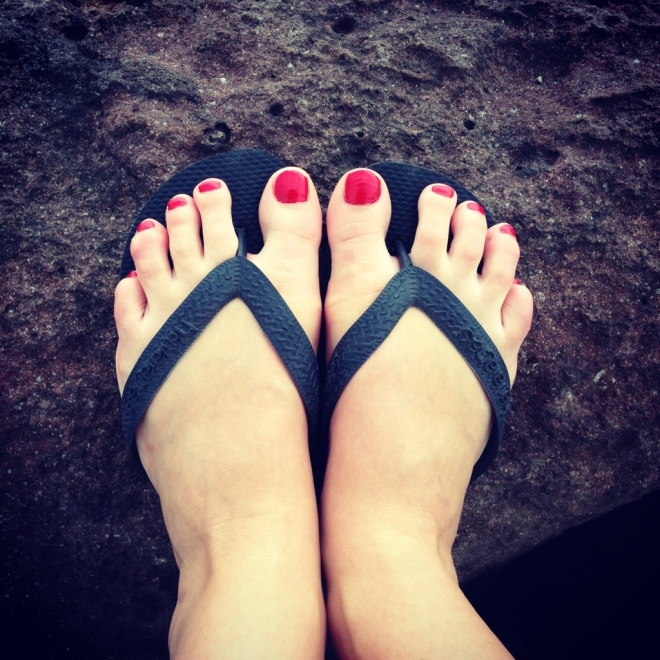 On my first morning in Santorini, I woke up to grey skies which extended as far as the eye could see.

A peek outside my door revealed more bad news; people sat around the pool in clothes. Even hoodies.

I decided it was the perfect day to treat myself to some pampering so I signed up for an afternoon massage at my hotel and then headed to cross another item off my bucket list—visit a fish spa.

Fish spa treatment basically involves customers placing their feet into a water tank filled with toothless garra rufa fish who will nibble away any dead or dry skin. 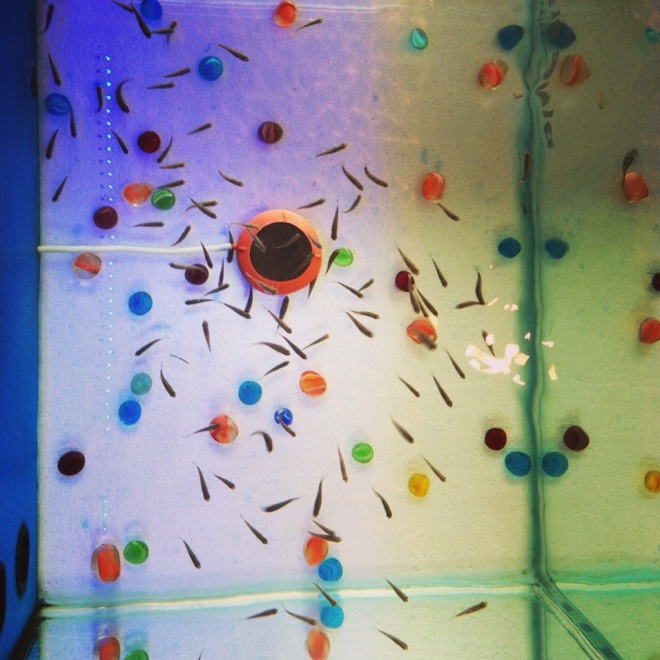 These ‘spas’ are popping up everywhere there are tourists in Santorini; although the craze seems yet to take off as each was empty when I walked past.

It is currently illegal to import the fish into Australia so at the moment, the treatment is only available overseas, although a few American states have banned fish pedicures after a number of health, hygiene and animal cruelty concerns.

I booked into the Blue Fish Spa in Kamari for a 15 minute session with the ‘fish doctor’ (€15), washed my feet to remove any chemicals that could be toxic to the fish and sat down. 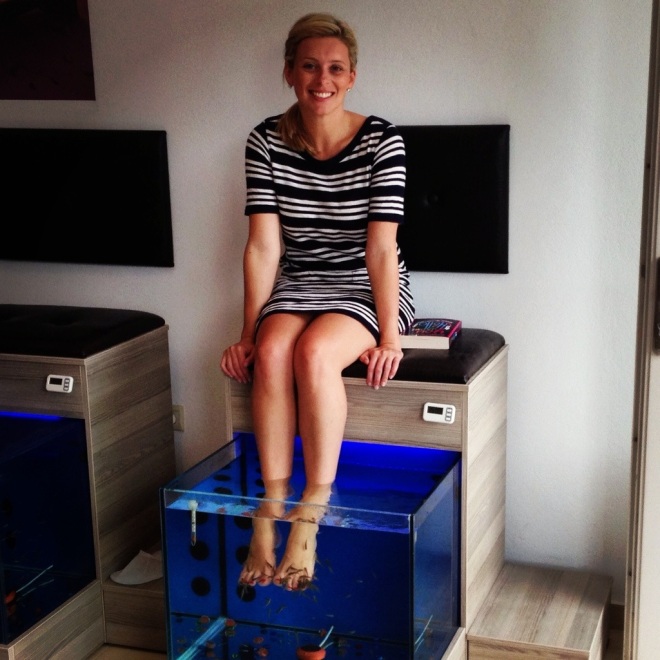 Sinking my feet into the tank was a strange feeling because they were instantly swarmed by the small suckers who began to nibble the dead skin tissue away. 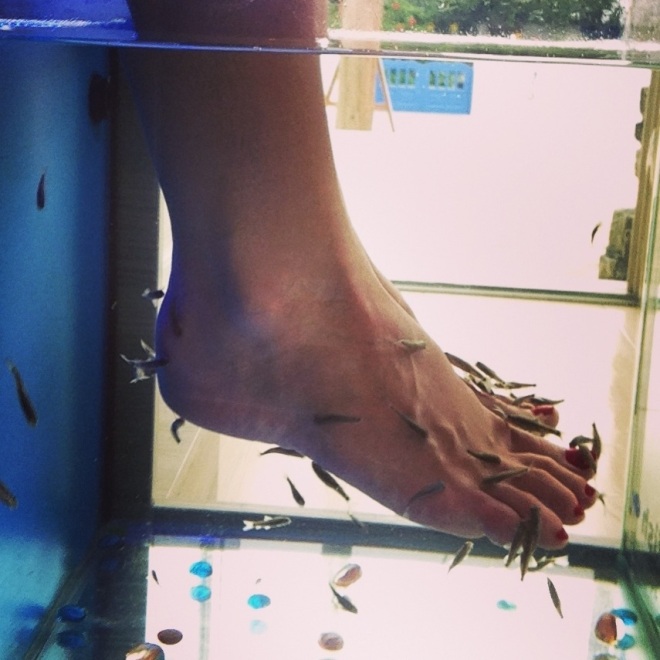 It was an unusual feeling but definitely not unpleasant and far gentler on the skin than some pedicures I’ve had!

It felt as though someone was lightly brushing my feet and ankles with a toothbrush … slightly ticklish. Once you get over the initial feeling of having tiny mouths attached to your lower limbs, the experience is quite relaxing.

Benefits of this form of therapy are said to include:

By the time my session was up, I was sporting a refreshed looking pair of feet which looked and felt softer; a perfect start to a holiday in which I wore nothing but thongs (that’s flip-flops for all the non-Australians!)