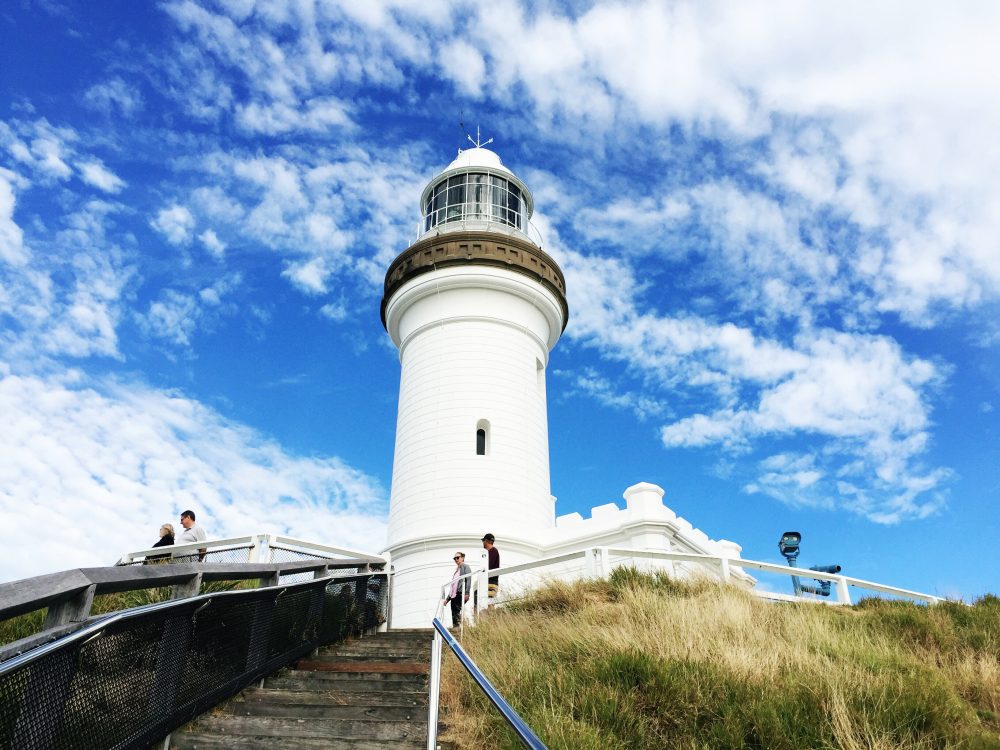 “Lighthouses don’t go running all over an island looking for boats to save; they just stand there shining.”

It’s been on my bucket list for years to be the first in Australia to see the sun rise one day. In order to do that, you need to be at Australia’s most easterly point, which happens to be in Byron Bay.

On a recent trip to Bangalow to visit Shannon, Willie and Xanthe, we made a plan to walk part-way around the headland before breakfast on Saturday.

While we didn’t make it to the point for sunrise, I can say for now that I’ve at least been to the Cape Byron State Conservation Area, including Australia’s most easterly point.

Just up from the point, literally, as there are stairs in between, sits the majestic Cape Byron Lighthouse.

Opened in 1901, the lighthouse has a range of 27 nautical miles (40 kilometres), shining bright over Byron Bay and the Pacific Ocean.

From May to late October, the Cape Byron Headland is good for a spot for whale watching with the majestic humpback whales often seen breaching the water and playing with their calves as they migrate head for the winter.

While we didn’t spot any whales on Saturday morning, Willie did point out a pod of dolphins frolicking alongside surfers in the waves off The Pass beach.

Once we were back down by the beach, we headed to The Top Shop on Carlyle St for a breakfast of bacon and egg burgers, coffee and acai bowls.