The Cotswolds’ have always held romantic connotations for me; I think it’s the old-world blend of thatched roofs, roaring fires and long walks through fields.

Or perhaps it’s just due to my long-held obsession with Wellington boots.

One of my big plans when I lived in London, many moons ago was to spend a weekend tucked away in the Cotswolds’.

Sadly, the closest I got was dinner at a picturesque country pub inland from Brighton. And while it was surrounded by thatched roofs and country lanes, the desire to visit the Cotswolds’ remained.

As a result, it was with great delight that RW whisked me away for a mini-break to Cheltenham, in the borough of Gloucestershire, the night before I ended my four-week European holiday in June.

Located less than 100 miles from London, Cheltenham is often used as a base for touring to areas including Stratford-upon-Avon and Bath, but with just 24 hours on the clock until I had to be checked in at Heathrow, we decided to make it our focus.

I could barely contain myself when we finally arrived at our hotel Ellenborough Park—an ancient house on the original Cheltenham Racecourse estate which has been restored as luxury hotel and sits on 90 gorgeous green acres of National Trust land. 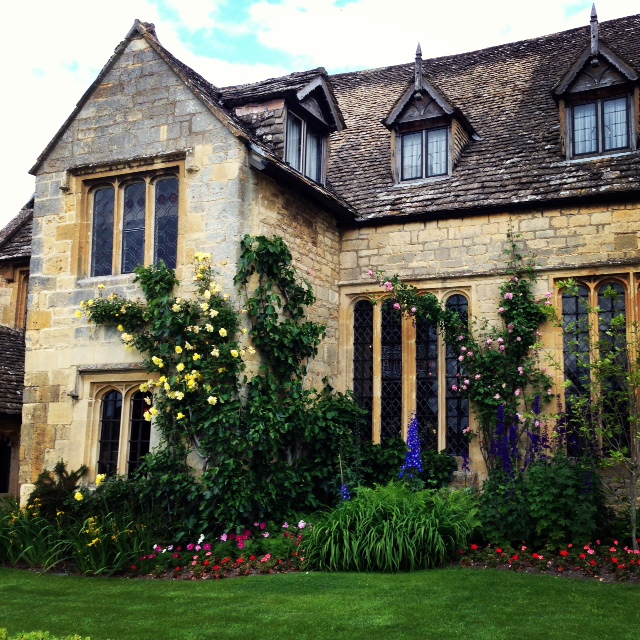 It was a horticulturists’ heaven with vibrant floral gardens outside each window, vines winding their way the stone facade and hundreds of peonies—my favourite flower—blooming in the flower beds.

The hotel boasts 60 large bedrooms and suites which have been individually designed by interior designer Nina Campbell as well as Indian-themed spa (which unfortunately was booked out) and a heated (well it is the UK) outdoor swimming pool flanked by white-cushioned wooden sun loungers.

But the pièce de résistance for me was The Boot Room—stocked with Hunter Wellington boots and thick down coats for guests to use when enjoying the hotel’s grounds and surrounds.

We opted for one of the traditional rooms with a view over Cheltenham Racecourse which came with all the mod cons including a king-size bespoke Hypnos bed, feather duvet and pillows, Egyptian Cotton bedding, a large LCD television, iPod docking station, bathrooms with under-floor heating and loudspeakers linked to the television, Pengaligon’s Racquets Formula toiletries and—my favourite—luxurious white fluffy bathrobes!

But there was more to come; after dropping out bags off and taking a quick look around the property, RW and I stopped at The Great Hall for an afternoon tea of freshly baked scones and clotted cream.

Easily one of the most breathtaking rooms at Ellenborough Park, The Great Hall originally formed a large part of the Main House and would have been a central feature around the lives of its medieval inhabitants.

As expected, the scones were light and fluffy (the plain and blueberry options were both delicious) and the clotted cream was also good, although not what I expected given it had the consistency almost of butter!

With our hunger satisfied, we set off to explore the surrounding countryside with a walk up along Cleeve Common, which is the largest single area of unimproved limestone grassland in Gloucestershire.

Despite it being the end of June, the air was quite downright arctic and the winds were ferocious, almost blowing me off the hill.

More than 1000 people visit the Common on a busy weekend day with almost two-thirds local residents and almost three-quarters using the area regularly to walk or run.

With our limbs almost frozen, we jumped back into the car for a drive through the nearby town—stopping for a peek at Sudeley Castle as we drove past.

On the way back to the hotel we stumbled upon a sign for Belas Knap Long Barrow that indicated it was some kind of tourist destination. Although we didn’t know what it was, we decided to head off the road on foot to see if we could find it.

About 20 minutes later, after much confusion, a bit of exasperation, a grassy hill which prompted a ‘The Hills Are Alive’ rendition and a close encounter with some adorable black-faced sheep, we found the barrow—a 5500-year-old tomb.

Basically, prehistoric people used the barrow to bury their dead—the remains of at least 38 people were found within the barrow’s four chambers, with tests revealing they date back to between 3700 and 3600BC.

That’s right—before Christ! Who knew?!? It just looked like a giant cheese wheel missing a slice, or a Pac Man, if you ask me.

With tourist activities complete and having worked up an appetite racing all over the hills above Cheltenham, we settled in to enjoy the hotel’s four-course set menu for dinner, served in an intimate library off the larger oak-paneled Beaufort Dining Room.

The food was amazing (although I couldn’t take photos because it all seemed a bit posh) and the restaurant was home to the most impressive looking cheese cart I’ve ever come across. It was like a great barrel of cheeses.

And then it was time to say goodbye.

But before we left, Ross made sure I fulfilled one last long-held dream—to rug up in a pair of Hunter wellies and a coat and walk through the countryside (okay, it was mostly the grounds of the hotel, but we did race back over to Cleeve Common).

I was absolutely overjoyed; skipping along in my gumboots until I realised I was starting to overheat in my thick coat. But despite the skyrocketing temperatures (and the sweaty upper lip that may have appeared) I refused to take my coat off, opting instead to slow down and enjoy the fresh air and open spaces before we hit the highway back to the city and then on to Heathrow.

Then, with our walk over, it was back to reality and the cold hard realisation that not only did I need to re-pack my suitcase in the space of 30 minutes (and condense two suitcases of clothes into one suitcase under 30kg) but that my holiday was almost over.