Aside from serving up my finger as an afternoon snack to Zambezi the zebra, I’ve recently been trying to find the perfect hangover cure after discovering that getting over a night of drinking now requires more recovery time than surgery.

I’m not sure if it’s living in the Valley which has unleashed my inner party girl, or whether I’ve just lost the plot and got the 33-year itch, but I seem to be kicking my heels up far more than I used to do.

Oh yeah, I’m also wearing heels as opposed to flats or thongs. See, so many changes.

It recently took me a week to recover from a Saturday night which involved a reunion of some of the London crew and family friends at Brisbane’s newest rooftop bar, Eleven.

And there was a three litre bottle of vodka.

Here is a very important tip from me to you: no good can come from buying a three litre bottle of vodka. Even if there are 12 of you.

Thank god I live within walking distance of the bar because three hours after I started drinking, I had gracefully walked (okay, ungracefully stumbled while breathing very deeply and muttering to myself), I was once again sprawled on the bathroom floor.

This time, thankfully, I wasn’t controlling the shower with my foot but I was hard at work driving the porcelain bus (which I’ll have you know is a very important job), or at least I would have been if I had been able to lift my head that high.

So there I was, lying on the bathroom floor in my Wonder Woman t-shirt (pretty ironic, yes?), trying to hold my hair back, respond to text message while going somewhat cross-eyed trying to focus all while panicking that a passionfruit seed would get stuck in my nose.

Twelve hours later,sporting dark sunglasses and clutching an empty bag of McDonald’s that I’d just scoffed in the car, I turned up at my friends’ daughter’s 1st birthday party.

And then dragged my sorry arse to the Ekka only to have a mullet-sporting carnie slam into me on the dodgem cars and yell: “Eat shit”.

Yep, that about sums it up, pal.

I’m starting to believe I may never grow up. Perhaps I’ll end up an unofficial member of the Lost Boys, left to wander the globe forever acting like I’m still in my mid-20s.

Bottoms up to that! 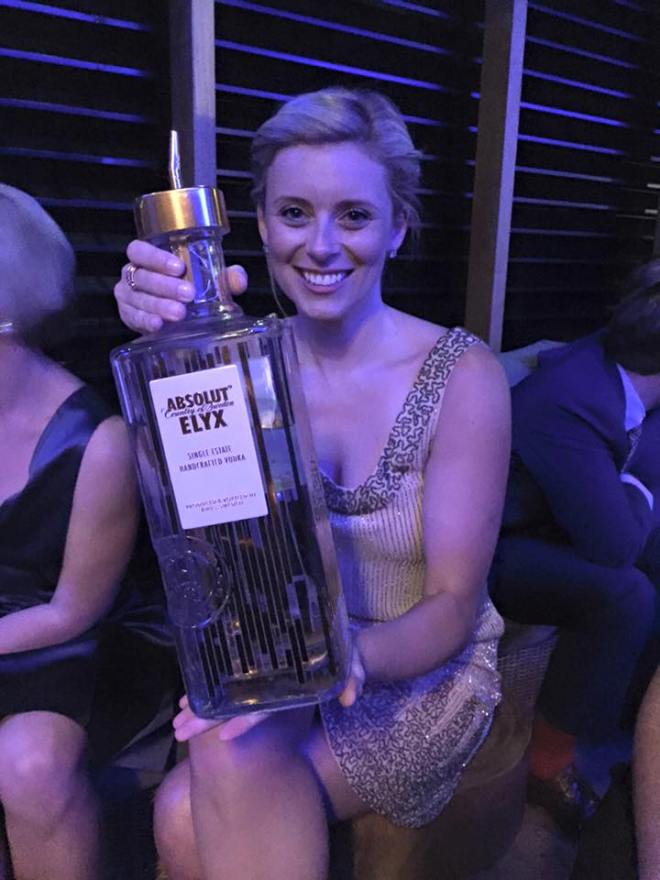