On the list of my happy places, Bangalow and Belongil beach at nearby Byron Bay are ranking pretty close to the top, especially after my recent 24-hour visit.

Perhaps it was the picturesque location of Bangalow; with rolling green fields almost as far as the eye could see, or it was because of a night spent having a couple of drinks on the back deck of my friends’ place talking about everything and nothing while listening to classic songs on Pandora.

Or maybe–and I think this could be the winner–it’s being in the company of someone who has known me almost as long as I’ve known myself, going right back to when I knew to cover the dark circles under my eyes with glitter and when Luke Perry was like, the biggest babe ever.

With a long weekend ahead of me and no set plans, I arranged to head down to Bangalow to spend time with my oldest friend Shannon, and two new ones–Shannon’s partner Willie and daughter Xanthe. And in less than 24 hours they had rejuvenated my soul and made it dance in the sunshine.

Shannon and I met in Grade One at St Joseph’s Primary School in Beenleigh. We became friends, our parents later worked together and although I later changed schools, again and again, we stayed friends and have dropped into each other’s lives at various points along the almost 30 years followed our first meeting.

Shannon knows me so well that, while drunk, I stared off into space listening to/singing Billy Joel’s Always A Woman until this voice, pierced through my drunken bubble and told me, with the confidence and complete belief that only those who really love you can have, that I would meet “him” and everything good would come my way.

With the stars sparkling in the sky, we headed to bed and the following morning, Good Friday became a great Friday when we threw our beach bags in the car and swung past Belongil Bistro for takeaway bacon and egg rolls to eat on the beach before washing away our hangovers in the ocean.

I honestly cannot remember seeing water so clear, aside from in the Mediterranean, and despite being late March, it was still perfect for floating around like mermaids (or, in Willie’s case, a merman).

Then it was off to Treehouse on Belongil for a wood fired pizza and chips to refuel. A quick squizz around the shops followed by an afternoon dip and then it was time to head back to the city, stopping along the way for a Yatala Pie.

Talk about a Good Friday. 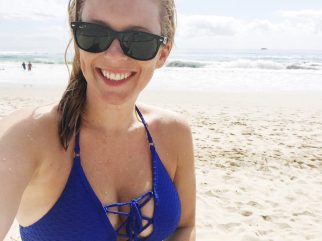 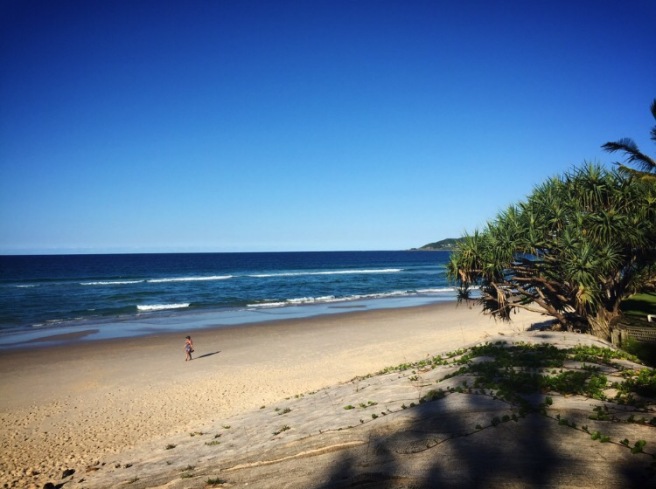 Where to stay: The Atlantic at Byron
Where to be pampered: The Byron at Byron
Where to grab a coffee: Top Shop Byron Bay
Where to eat: Belongil Bistro (the bacon and egg rolls are amazing), Treehouse on Belongil for a wood fired pizza (we had the Margarita Mallorca but check out the Pumpkinita with mozzarella, spinach, roast pumpkin, red onion, pine nuts, rocket, shaved parmesan and balsamic reduction)
Where to shop: Spell, Island Luxe, South of the Border