Each year, on December 31, I steal away a few moments to write a quick summary of the year that was.

It’s not always easy to do; sometimes the year feels very long and painful, and most days I struggle to remember what I ate for breakfast, let alone what I was doing six months ago, but between my Camera Roll and social media, I can usually piece it together.

With the new year literally on our doorstep, quite a few people have told me that 2018 will be ‘my year’. I questioned each person as to why they thought that and the answer was the same – because 2017 seemed to be such a shit year for me.

In a way, they’re right. If you’d asked me, off the cuff, what kind of year it had been, I’d have probably said the same.

At times, I definitely felt like my ass was being handed to me on a platter. It was hard, sad, messy and there were tears. A lot of tears.

Plus there was that weird little virus I picked up in the Northern Territory that totally wiped me out and very briefly left my mum (and I) thinking I might not make it through. But hey, I totally rocked that oxygen tube!

If that wasn’t enough, December started with more tears when my beautiful little mate Tiana passed away after a nine month fight against soft tissue cancer. It took us all by surprise, but her zest for life was infectious and I know all who met her – especially me – will be living 2018 a little bit braver (and sassier) in her memory.

But, when I get down to the nitty gritty and really think about it, 2017 was pretty spectacular and filled to the brim with unexpected delights and things I had no idea would happen, starting with a live radio interview to Hong Kong at 12.05 am last New Year’s Day.

Although my plans for an overseas trip didn’t come to fruition, I squeezed in lots of little trips and weekends away including a trip to the GC with Katy; a girls’ weekend in the hills of Bangalow at beautiful Basil’s Brush (we loved it so much we’re going back in 2018!); I spent a few days with my family in Noosa and travelled twice for work—including the trip to the Northern Territory where I got to tick a few things off my bucket list including swim with the crocs in the Cage of Death at Crocosaurus Cove; cruise through Katherine Gorge and sleep under millions of stars. 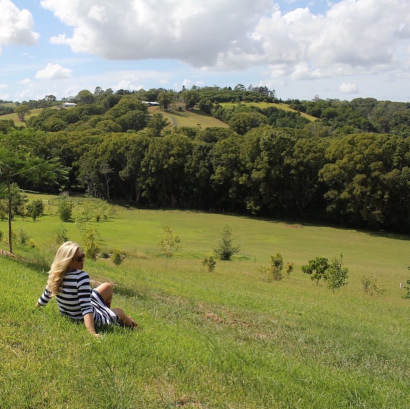 Hanging out in the hills of Bangalow. 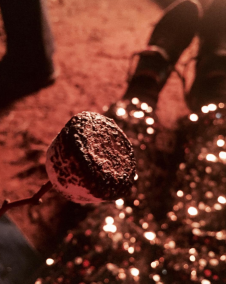 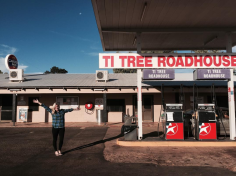 Roadtripping through the Northern Territory.

Taking the plunge in the Cage of Death. 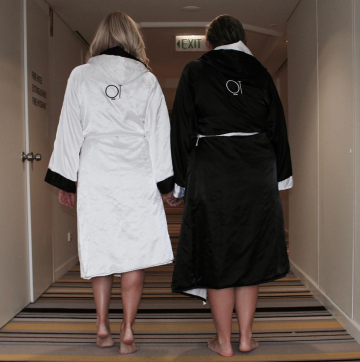 Cuties at the QT with KP. 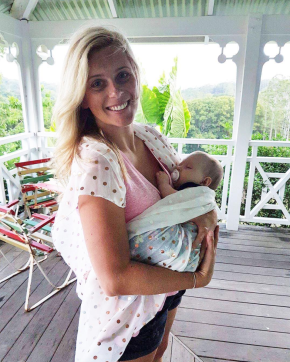 Cuddles with Florry in Basil’s Brush.

Doing my best impression of a swimsuit model. 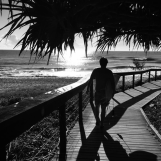 I dressed up as an alien; a banana; a Christmas Tree (again!); Tom Cruise from Risky Business; and even had a stint as Miracle Max. I took on ROC Racewith the girls; snorkeled with the turtles off Byron Bay; visited the Big Mandarin AND the Big Orange; went to the unforgettable Horn vs Pacquiao fight at Suncorp Stadium. 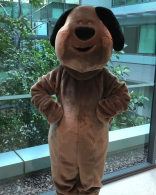 The Banana in Banana Shire.

An alien in Wycliffe Well (UFO capital of Australia)

I also started the year as a hair model for my friend Elle from Subiaco Hair and finished it modelling for Toowong Village’s Merry & Bright Village Christmas lunch. Somwhere in between I styled six models for Suited to Success’ annual Bubbles & Beauties fundraiser and was part of a spectacular rooftop photoshoot to promote Autumn/Winter in Brisbane City while wearing Alex Perry. 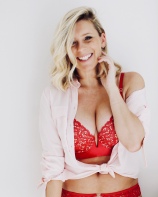 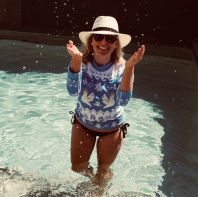 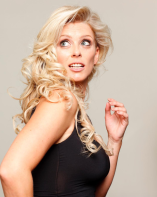 I also went semi-viral again. Unlike last year, I was wearing pants this time. Well, kind of. But I was seriously overwhelmed by the support for this post about why we shouldn’t compare ourselves to strangers on the internet.

I hosted the Melbourne Cup celebrations at Riverbar + Kitchen where I was cheered on my some of my amazing mates, and my mum, and also managed to nab the coolest selfie video singing to One Summer with Daryl Braithwaite.

And I even had a shoe named after me—thanks Frankie4 Footwear!

Today, I’ve spent the day floating around the pool and tonight I’m off to celebrate the first part of the night with my family and friends before heading back to the city to hopefully end my nine-year ‘not kissed anyone at midnight on New Year’s Eve’ streak when the clock strikes 12.

So in summary, 2017 pushed almost ALL my buttons. It made me question who I am; what I’m doing and where I’m going, but there were also far more laughs than there were tears; some damn fabulous outfits and good times; and the appearance of someone who makes me smile like I haven’t in a long time.

Plus I got a bloody big dose of love from those nearest and dearest to me. And that’s what it’s all about right?

Thank you to everyone who continues to read Blonde Ambition (or has recently signed up – please stick around, I swear it will be fun!), follows What Brooke Wore or generally plays a part in my life. Thank you for the constant support; the pep talks; the carpool karaoke sessions and the emails.

May your 2018 be filled with adventure, joy, gratitude and love. Always love.