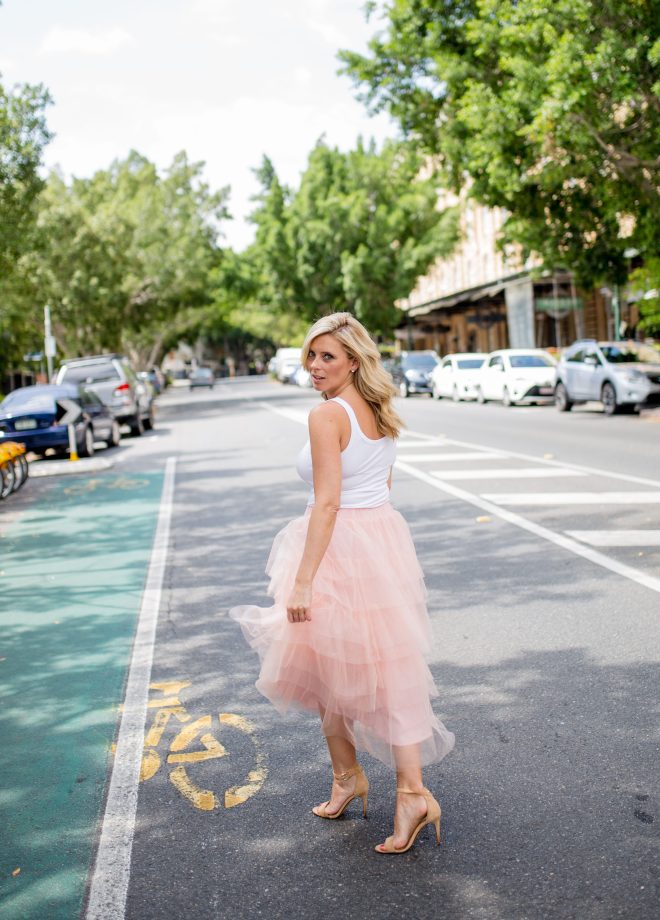 It has been two decades since Carrie Bradshaw first spun around in front of a New York City street in the opening credits of Sex and The City in what was to become not only one of the show’s most iconic outfits, but also the most affordable.

Though the tulle skirt was only featured in the opening credits of the TV series, the creators brought it back for the first feature film, in the scene where Carrie was cleaning out her wardrobe ahead of her wedding to Big.

Sex and the City costume designer and stylist Patricia Field, the woman responsible for dressing Sarah Jessica Parker and her cohorts in high-end pieces no newspaper columnist could actually afford, paid just $5 for the tutu skirt after finding it in a showroom bin.

“I was in a showroom and there was a bucket on the floor, for like, five dollars each, and I pull out this tulle skirt, and I’m like, ‘I don’t know, let’s just take this.'”

Field went on to explain that while the producer needed some convincing, the statement piece was an instant hit with SJP.

“When I showed it to Sarah Jessica, she loved it. And I said: ‘So we’ll put it with a little T-shirt,’ and she loved it. She felt it,”

And while we’re recapping Carrie’s best tulle outfits, let’s not forget the stunning mint green dress with tulle skirt which she wore in the final episode, An American Girl in Paris: Part Deux, when she ran into Big.

And while it has been 20 years, the tulle-for-grownups look is still as popular today as it was back in the late 90s and early 2000’s as the iconic looks of SATC continue to inspire fashion lovers around the world, myself included. 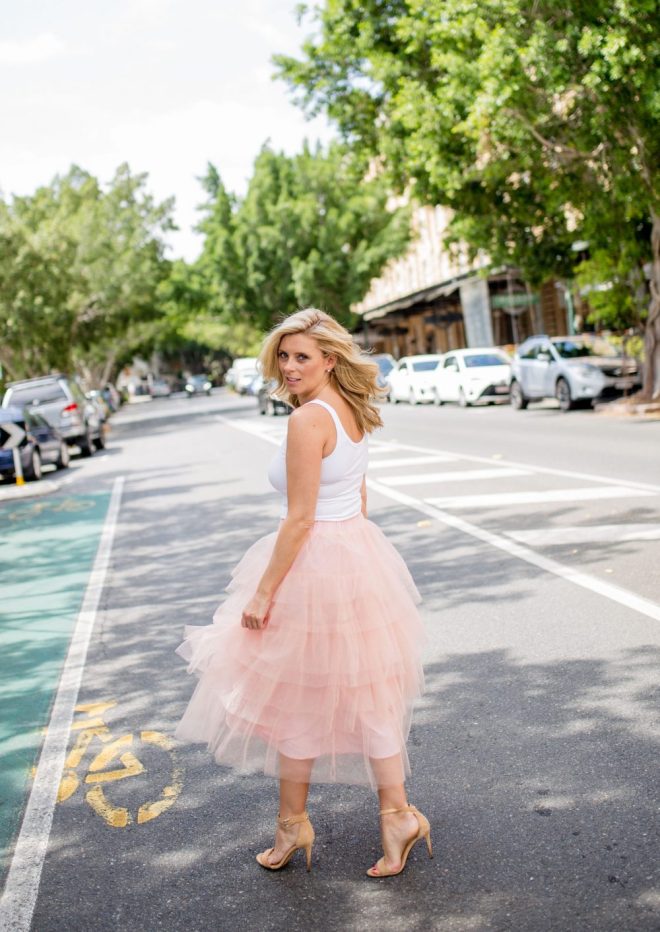 Tonight, one of my favourite online boutiques, Little Party Dress, is releasing two tulle midi skirts—blush and black—just in time for the festive season.

When Kel mentioned that she had these beauties coming soon, we (obviously) ended up talking about Carrie Bradshaw and our ongoing love for Sex and the City.

With my brief stint as a dating columnist and overflowing wardrobe, it’s no surprise that I’ve been compared to the show’s leading lady once or twice.

So it seemed fitting that I take another twirl in tulle, and show you how to get this iconic look for yourself (Over the next few weeks I’ll show you a few other ways to style both the blush and black skirt). 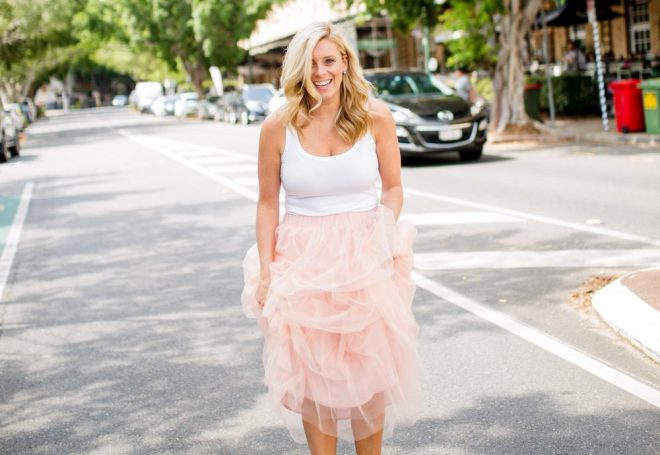 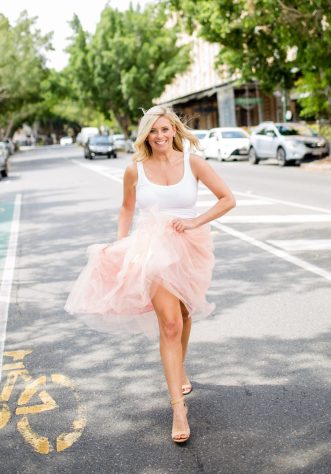 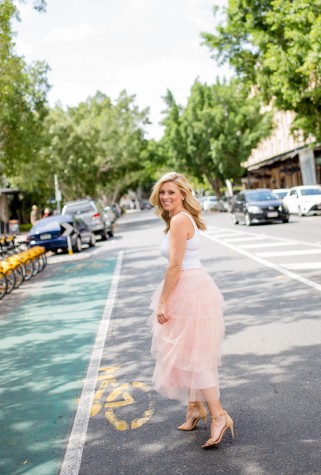 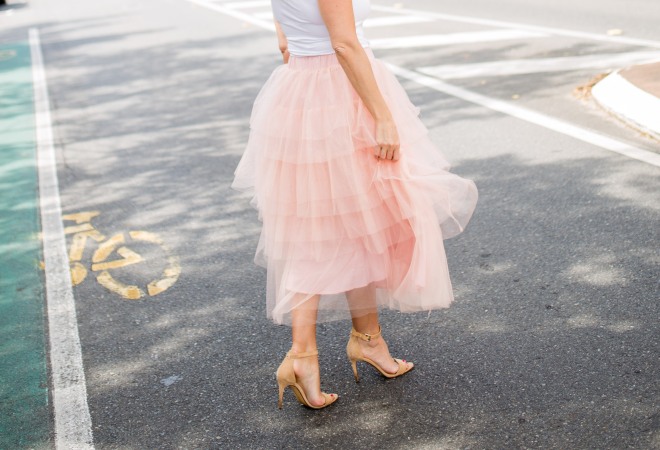 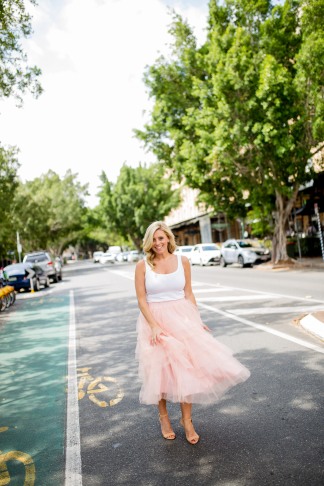 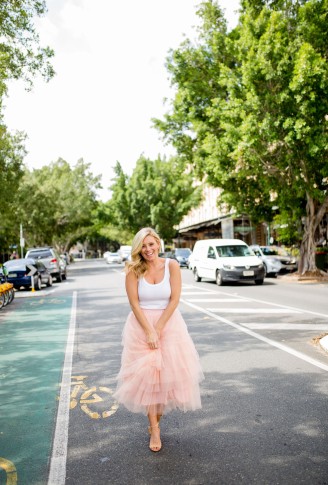 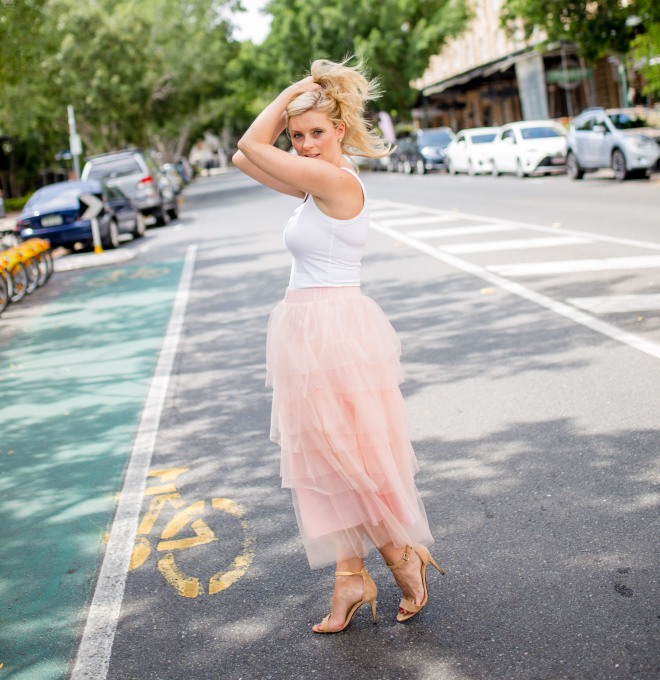 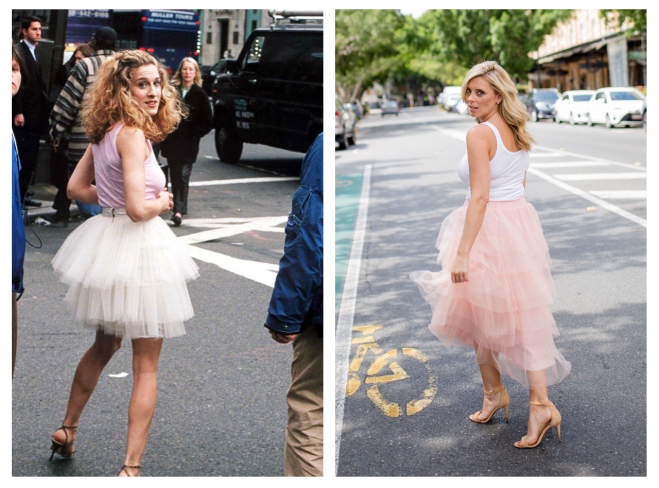 The Little Party Dress’ Broadway Tulle Skirt (kindly gifted, $79.95) is available in sizes 6 to 18 and will be online from 7pm (EDST) tonight.